Clinical study confirms that the use of Insulclock improves diabetes management 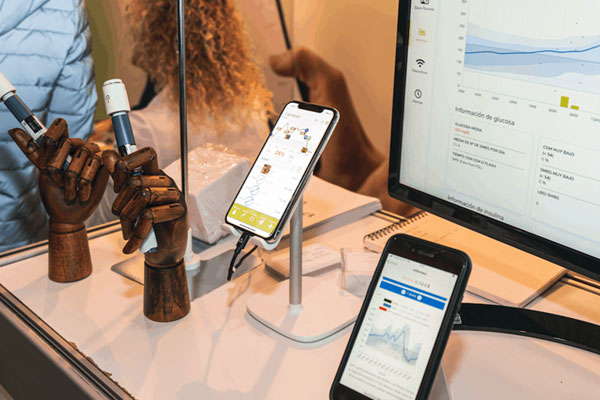 A clinical study recently presented within the framework of ATTD2020 and published in the prestigious Diabetes Technology and Therapeutics, confirms that the use of Insulclock, or so called smart-pens, increases the time of keeping blood glucose in range of people with Type 1 Diabetes and reduces the number of hypoglycemia episodes. The clinical trial also confirms a reduction of insulin missing doses and of those taken at wrong time.

However, there are thousands of people with diabetes who are not able to access to an insulin pump or their healthcare system does not reimburse it. One of the alternatives to insulin pumps are so called smart-pens which, without any doubt, were one of the attractions of the last edition of the ATTD2020, the most important technology and diabetes congress of the world, that took place in Madrid a few days ago.

Many companies have launched their systems to collect information from the pen directly. That information is basically the time and amount of insulin that a person has injected. In Spain we have a company that is one of the most advanced in this matter. We speak about Insulclock.

Insulclock is an electronic device designed to improve the treatment adherence and insulin injection tracking. The randomized, single-center, pilot study assessed the clinical impact of Insulclock on glycemic control and variability, treatment adherence and satisfaction in patients with uncontrolled Type 1 Diabetes Mellitus (T1DM). the pilot also compared these outcomes between the Active and Masked groups (with or without receiving reminders and app alerts).Sixteen patients completed the study: ten in the Active group and six in the Masked group.

Most of the items of The Insulin Treatment Satisfaction Questionnaire (ITSQ) improved after four weeks of Insulclock use. This pilot study points out an improvement in glycemic levels, adherence and satisfaction in T1DM patients, supporting the development of clinical trials powered to confirm these effects.